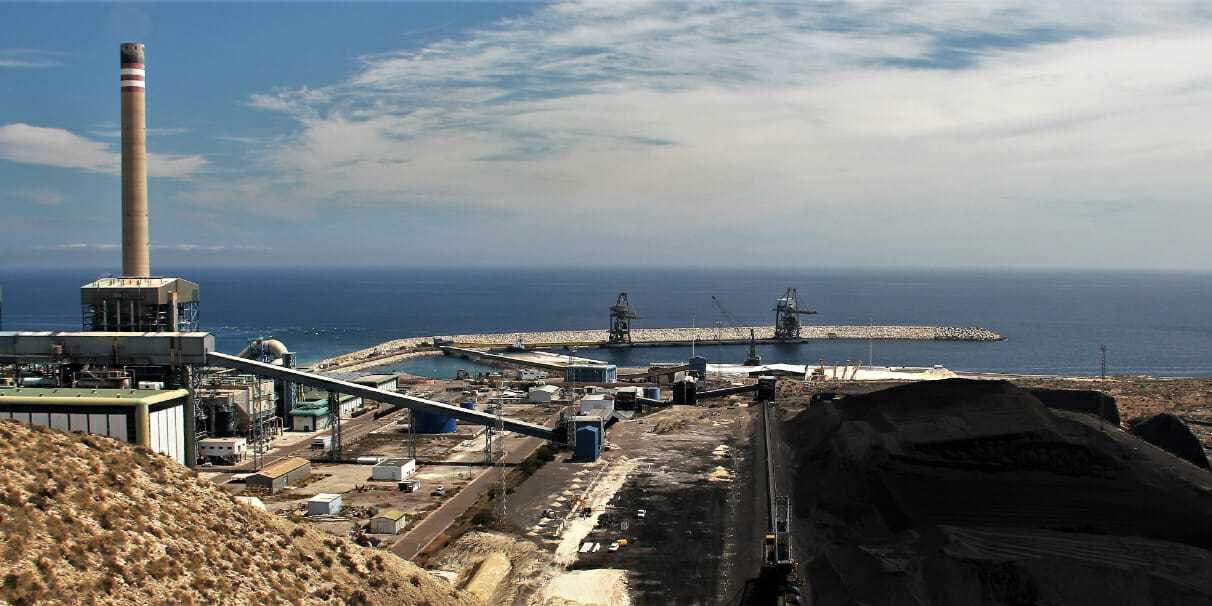 Coal fired power plants are still the main source of power generation in the world. More than 38% of the electricity produced is obtained by burning coal, as informed by the International Energy Agency.

The first coal fired power stations run by a steam turbine were built at the beginning of the XXth Century. Therefore, it is a mature technology operating for more than 100 years. Today, there are other cleaner and more efficient technologies for power generation rather than coal, although the boilers, scrubbers and other systems based on coal have evolved significantly, too.

Nevertheless, the average energy yield of the majority of the power plants in operation today is around 35%. That’s the energy we can transform into electricity by burning coal.

The energy contained in the coal is measured in Kcal/kg or in BTU/lb. A standard steam coal quality is based on a calorific value of 6.000 kcal/kg, equivalent to 10.800 BTU/lb.

A conventional power plant can only make use of 2.100 kcal/kg to produce electricity.

Most of the distribution networks are based on big power generating units which need to transport the electricity to hundreds km. In Spain and Colombia, we account the losses in the distribution for about 10%.

Consequently, we barely make use of only a 30% of the energy contained in the coal.

Coal production, as it happens with gas and oil, requires an extensive effort of exploring, starting a mining project, acquiring expensive mining equipment to extract coal from the seams.  It may require deep mining, by digging tunnels and galleries into the seams.  Using explosives, continues miners, belts or even hammers and shovels by hand, in some cases. In the open cast mining, the over burden must be removed, using also explosives, big mechanical shovels  and draglines. Later, the rocks on one side and the coal on another are hauled by big dumpers that can take, the biggest, upto 1.000 ts each. 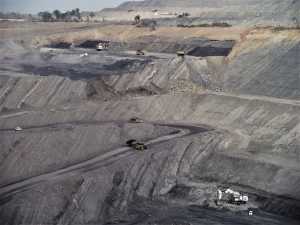 The over burden is stored in big piles for a later restoration of the land or is just left there while the coal is taken to the crushing and preparation plant where is classified and graded before is loaded into trucks or railcars to a port terminal.

Those coal mines which dedicate most of its production to export, more than 1.000 Million tonnes a year in the world, need to transport such coal to the loading terminals.

They do it through the river systems by barge like in the Mississippi in the US or in Indonesia. In some other cases, coal is hauled hundreds miles by rail in US, Canada, Australia, Colombia, Southafrica and thousands km in Russia.

We already have the coal ready to load at the shipping terminals like Puerto Bolívar, Richards Bay, Hay Point, Newcastle, Taboneo, Murmansk, among others. From there, the coal is shipped into the so called Panamax vessels (with a máximum carrying capacity to transit the Panama canal) which can take between 60.000 and 75.000 mt and cape size vessels (transit through the Cape of Good Hope, in Southafrica) with about 120.000 to 190.000 mt.

Many of those vessels are dedicated to the coal trade routes from the before mentioned loading terminals to Ports in Europe, Japan, China and US. They sail distances between 4.000 miles in the Atlantic, upto more than 12.000 miles from Indonesia to Europe.

Once the vessels arrive at the discharge port, the coal must be discharged, stored and shipped again by barge, train or trucks to the power station. 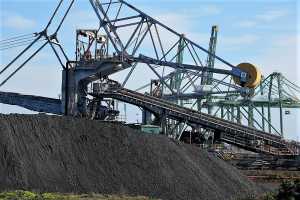 All the process from the mine to the final burning in a power plant require an immense effort and use of resources to obtain only of a 30% of the energy in the fuel.

If we consider, the energy used in mining, transportation or in building terminals, trains, vessels, barges and other means, the energy balance is even lower.

Many times, I wondered myself if that make sense in all cases. I believe, we need more efficient models which actually consider that energy balance and of course account the emissions during all its process.

Coal is the fossil fuel more abundant on earth, with more reserves than oil and gas together. It has been the cheapest way to generate electricity for decades. It is not anymore. Today, gas is cheaper and cleaner. Moreover, wind and solar are cheaper too, including thermo-solar and photovoltaic of last generation.

From the design phase of a power plant, its operating life of 30 years until its closure, can last more than 50 years in total.

That means that we’ll have coal fired power plants for some more decades. Those under construction today will be operating until the second half of this Century.

Coal power generation requires the highest initial investment compared to gas and others, and if today is no anymore the cheapest source, its development will stop. It won’t be for environmental reasons but for economic ones. The investment of a conventional coal fired power plant of 650 MW is about 2 billion USD, while a gas combined cycle is only 25-30% of that amount. (US Energy Information Administration)

The European countries including Spain have announced the closure of their coal fired power plants. It’s not a big deal, since most of them have already been amortized long time ago. Many of them have been in operation for more than 35 years. 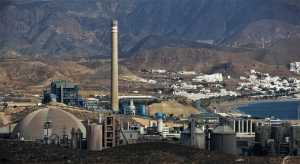 However, the coal fired power plants built after the year 2.000, will continue operating for the next decades. Since then, the coal generation has doubled its capacity in the world and more than 1.000 new units are being built and will start working soon, mainly in Asia.

Not all are bad news. Many new projects have been cancelled. There are more financial entities withdrawing from granting loans to build new coal fired power plants.

The growing path of erecting new coal fired power plants is slowing down for the first time in 100 years. CO2 emissions from coal generation are levelled off and may be slowly decreasing soon.

The renewable energy will continue using coal for its development, paradoxically.

Wind mills are made of steel, aluminum, concrete, solar cells are made of solar silicon, turbines, power lines, vehicles, bicycles, the materials which mobile phones are made of, electronic devices and practically all surrounding us has been produced, in any time of its process, with coal.

Some coal fired power plants consume also gases from blast furnaces, others do co-firing with biomass, heat water for heating systems or industrial processes, increasing its energy yield. Those power stations comply with other functions to optimize their operation.

Those power stations less efficient and amortized should shut down. The rest, should be optimized, increasing their energy yield, using the latest available technology, applying all the gained knowledge and experience, including the CO2 capture.

It is very difficult today to assess the impact of the coronavirus effect in the coal fired power plants usage, about the fall of coal prices, global demand or stock markets.

In any case, it will always benefit us a cleaner air and the most efficient, practical, immediate way to reduce the emissions is to apply for the Three R’s Principle: Reduce (responsible consumption), Reuse and Recycle.