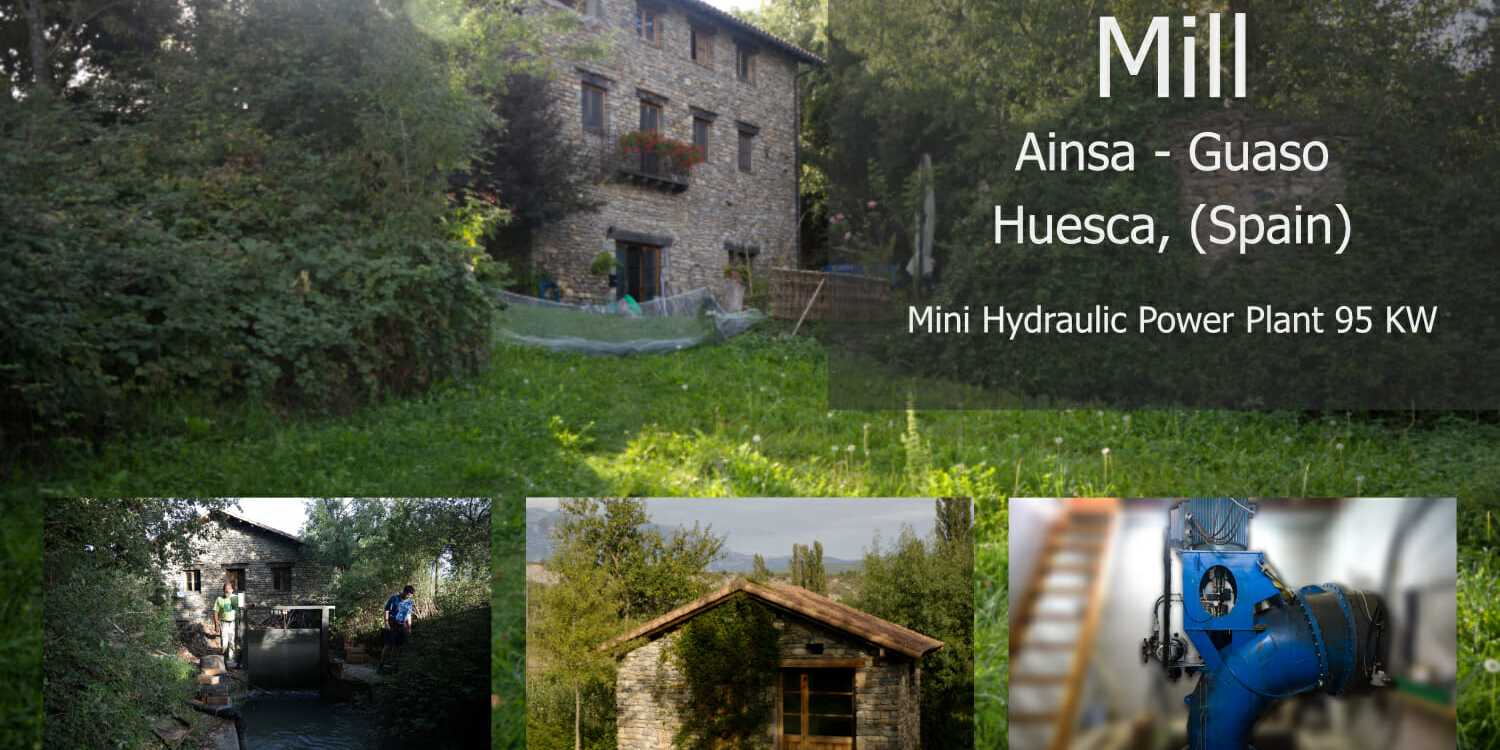 The Mini Hydraulic Energy is the forgotten Renewable Energy in Spain. It wasn’t developed like the others as only a few licences were granted and had less subsidies. Those entrepreneurs who started their projects some years ago, found countless technical and administrative troubles. However, its potential is there. It is an opportunity to contribute to the development of the so called “emptied territories”, to fix its population besides all the other environmental benefits. It is not only to avoid CO2 emissions, but also means a more distributed generation system together with the cleaning of rivers and the maintenance of the water systems, to regulate stream flows and to prevent forest fires.

The Guaso Mill is located at the Ara River valley, near Aínsa, Huesca (Spanish Pyrenees). It is a power generating mill which is fed by a water canal from the river Ara before joining the Cinca river in Aínsa. The Ara River is a tributary of Segre which flows into the Ebro near Mequinenza. Therefore, it is part of the largest river basin in Spain (Ebro River) accounting with more than 25% of the total hydropower generation in Spain.

The hydroelectric production is not new in that area where several mills were already operating more than 100 years ago. That was the case of Guaso Mill, located at the right bank of the Ara River between the villages of Boltaña and Aínsa. It was built from an existing flour mill in 1919 with a bigger water canal and load chamber. Its main building was also enlarged to accommodate its turbine and power generating plant. Such power plant was supplying electricity to homes in the region until the sixties of the last Century.

The Industrial Revolution started in Spain later than in other European countries thus it was not until the second decade of the XX Century when new coal and iron ore mines where open to supply fuel and raw materials to the steel mills, iron Works, railways and the textile factories located mainly in Catalonia, Basque Country, and Asturias.

The electricity arrived at the homes of the Sobrarbe region at that time, produced by hydroelectric power plants like the Guaso Mill. Just a few bulbs strategically located inside the homes to give light to as many rooms as possible. 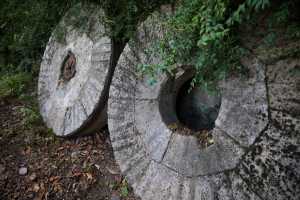 Coming back to present times, Juan y Emilia bought the Guaso Mill more than 20 years ago to rebuild it with local and natural materials like stone, wood to make a bioclimatic and self-sufficient home, producing its own food and energy. It also has at the basement, Juan’s Carpenter’s Works replacing the old turbine and generating plant

Juan together with his partner Jesús refurbished the load chamber and water canal and built a new pipe to lead the water Flow to the new turbine outside the old building, to a new one a few meters away, down Hill, gaining some more power. 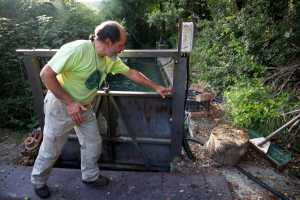 Just built, the facility didn’t work properly having countless technical problems, from the turbine design to the lack of automatic control systems, many of them were later designed and incorporated by Jesús and Juan. All those home-made improvements achieved the projected power of 95 KW.

Juan commented that the lack of technical experts in such technology and the necessary systems to control water Flow, power, quality of water and many other variables led them to learn and investigate by themselves finding solutions to improve efficiency to be able to make this Project profitable.

Juan and his wife Emilia take care of their organic garden to grow vegetables and fruit trees for their own consumption and sale. They form part also of a local group of farmers to produce apple juice and cyder.

At the beginning of the new millennium, renewable energies experienced a growth as part of the Kyoto Agreement signed by Spain and the targets set out by the European Union. Hugh financial resources were allocated to start new windmill farms, biofuels production plants, solar, biomass and mini hydraulic power plants.

Wind energy developed faster and sooner than others, supported by the European funds intended to recover depressed areas. Several biofuels’ plants were built to produce bioethanol and biodiesel for the automotive sector. Biomass generating plants of up to 20 MW power were also built to burn straw, olive pulp, waste wood and other farm products. Wood pellet plants too to provide fuel for house and industrial heating. However, the subsidies came later to the PV and licences and funds were barely granted to the mini hydraulic. When the financial crises impacted the Spanish economy in 2008, almost all subsidies ended and the whole scenario changed.

It was a difficult journey, full of technical, economical and administrative challenges only suitable for devoted entrepreneurs.

In 2018, mini hydraulic production represented only 6,3% of the total hydraulic generation, far away of the original targets for that renewable energy. Such poor development made this project more difficult, but it is still operating successfully thanks to Juan and Jesús.

Nowadays, the regulatory frame of the renewable energies has changed thus subsidies and premiums to clean energies have gone. At the same time, their producing costs decreased, and energy efficiencies increased making them competitive to traditional power generators.

Paris Agreement signed on 2016 and the worrying latest Climate Reports about climate change are urging the signing Governments to take immediate action to reduce gas emissions. The higher energy yields in wind and solar energies and the higher costs of fossil fuels and CO2 emission rights are accelerating the closure of coal fire power plants together with an increase of funding of renewable energies as never happened before.

However, it is not enough. Such change should be faster to reduce the oil consumption in the transportation sectors and the rich economies should rationalize their consumption.