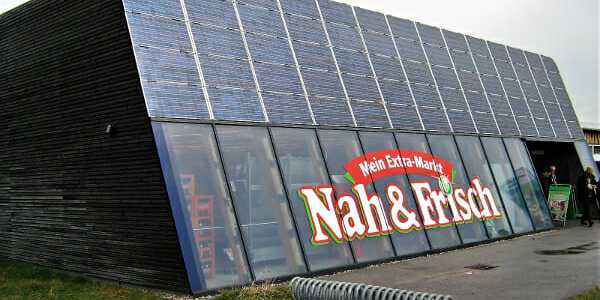 Is it time to develop the solar energy as the main source of electricity generation?

Many experts think it is time now. Latest solar cells have reduced significantly its production cost and increased its electric yield to a level below the average price of electricity and below the electricity cost generated by other traditional sources, such as nuclear, gas or coal.

In those locations with more sun hours, such energy, the most abundant natural resource, could become shortly the main source of electricity generation, reaching up to 50% of total demand, according to estimations from the sector.

The XXI Century started with the boom with the renewables in all Europe, with public policies to implement more efficient energy systems and to reach some ambitious plans to increase them in the energy mix in those countries. Important funds and financing means where made available to accomplish with such targets to build biomass plants, cogeneration, wind mills parks, biodiesel and bioethanol plants and in a lesser extent the solar energy.

Long term fixed prices were agreed for renewables with the objective to cover its operating and investing costs. Among all, solar was the most expensive and so those projects were the most affected by the economic crises. Those already executed saw reduced its contractual terms and so failed and the others were never built. That subsidized model was not sustainable in the long term.

During the last years, polysilicon producers, were able to reduce significantly their production costs achieving at the same time higher electricity output from their photovoltaic cells. Polysilicon is made of high purity silicon metal and is the basis of solar cells, also used in electronics and computers. Wacker – Polysilicon

Therefore, we already have available photovoltaic technology to generate electricity at or below market prices without needing and subsidy.

We don’t need governments to spend money to promote such energy but we don’t need either that they put troubles or barriers to stop its development.

On last 15th June, the European Union approved the target of a 32% quota of renewable energy by 2030, being today about 17%. It was also forbidden the so called sun tax.

No doubt, this will boost the policies to increase generating capacity, including the PV.

Germany leads today the solar generation in the EU with 42.973 MW capacity, followed by Italy with 19.392 MW, France with 7.999 MW and Spain with 5.627 MW, as informed by Solar Power Europe. This same agency foresees such capacity will double over the next five years. Solar Power Europe

Those regions with more sunlight, should be leading the use of such natural resource and so Spain should be in that group.