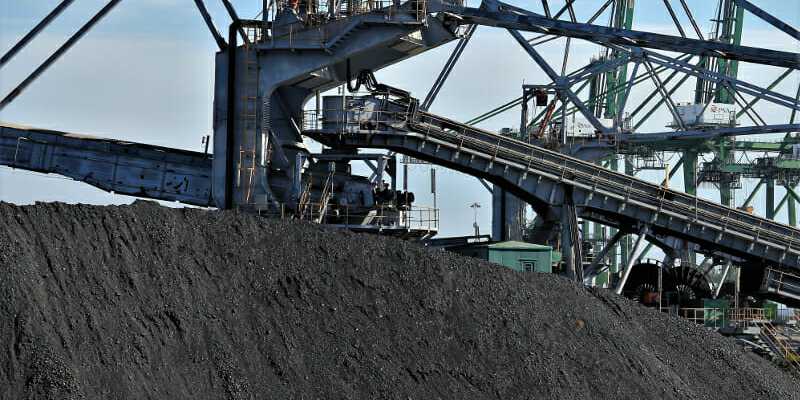 The UN Climate Change Conference COP25 has just taken place in Madrid. There was a lot of talk about the climate change those days. No one can question (although some still do) what is a fact. No doubt, the international community has to do something to stop it. It concerns to all of us, governments, companies and citizens. Like many times happens, changes start from below. Since a long time ago, many people are sensitive to what happens and thus do what it is in their hands to change things. From personal attitudes such as a responsible consumption, recycling, use of public transport, bicycle to some good governments and companies’ policies. However, it’s NOT enough. We need to do more.

I’ve visited mines, refineries, chartered vessels, sold shipments of coal and petroleum coke to produce cement, generate electricity, make steel, bricks, chalk or ferroalloys. I had the chance to see closely some of the industrial production processes, from the mineral extraction, its preparation, transport and later transformation. Then, I realize about the great effort made to reach their consumers.

Those who live far from coal tend to think that it’s part of the past. My friends used to ask me if it is still used. Most of them thought that it was replaced by oil or gas when the steam engines disappeared during the first half of last Century. When I started in the coal trading in 1990, the world’s exports of coal amounted to about 450 millions of tons and today such volume increased to 1.300 Mt. Global exports represent only an small part of the world consumption.
¡We still consume more than 5.400 million tons a Internationa Energy Agency !

It looks a lot if we compare it with the world production of cereals that is about 3.000 Mt or steel of about 1.000 Mt. Even it is more than world oil production estimated in about 4.900 Mt per year.
Almost half of the coal production is consumed in China, the world’s factory! Its consumption in the rest of the world is variable but China, India, ASEAN countries, USA and Europe account for more than 80% of world demand.

It was registered a new increase of coal consumption in 2018 for power generation. This tell us that it’ll be difficult to accomplish the emission reduction targets.
Coal is the main energy source for power generation accounting for about 38% globally. https://www.iea.org/fuels-and-technologies/coal

In some countries like Spain, we have stopped the activity of some our coal fire power plants, some of them will shut down definitely. It is the same in Portugal, Germany, France, Denmark and other countries. In some cases, coal is substituted by natural gas while more wind farms, solar thermal and photovoltaic plants are built.
It is more than 25 or 30 years that no more new coal fire power plant have been built in Europe. They are all amortized.

However, other countries, which are supplied with European technology, are building new coal fire power plants. Therefore, we are shutting down plants in some regions and opening new ones in others. ¿Is that our contribution to the environment?
Some of the biggest power plants in the world, of 4.000 MW (four times the size of As Pontes or Carboneras plants in Spain) are being built today in India and China. https://www.power-technology.com/features/biggest-under-construction-power-plants/

The Kyoto protocol signed in 1997 pretended to reduce the emissions by a 5% during the period 2005 – 2012 with respect to those registered in 1.990. It failed. The CO2 emissions have not been reduced but increased more than a 50%, from 20.000 Mt of CO2 upto more than 33.000 Mt at present.
https://www.iea.org/data-and-statistics/?country=WORLD&fuel=CO2+emissions
The Paris Agreement in 2015 had the target to limit the increase in earth’s temperature to maximum 1,5ºC with respect to the pre-industrial levels. We are in the way to pass it in a decade more.
During the last Climate Summit held in Madrid on last December, all countries agreed that we are in an emergency climate situation and so have to take immediate action to reduce emissions.
After having unfulfilled all previous agreements, it is very difficult to adopt new measures to comply with specific targets to stop the growth of the emissions or reduce them.
However, we have to do something. We should change our way of living from now on.

We all share the same air from the atmosphere and water from the oceans. Contaminants released in a world region will impact us sooner or later. Therefore, it is all responsibility.
The coal steamed the industrial revolution, the technological development and we still need it today. However, we must reduce its consumption like with all the fossil fuels to the minimum necessary to produce steel, aluminum, ferroalloys and all those materials which contribute to a sustainable development.

We should invest and promote the use of clean energy, renewable, without emissions. We also need a generating system more distributed, counting with large capacity batteries to store energy in a more efficient system.
If we already have such technologies available y know how to stop spoiling our environment, why we don’t take those urgent decisions that the catastrophic situation of our planet requires?
In the Era of the information in real time, the social media and Smart Phones, I’m convinced that we can do more and faster. And it depends on us.
Fort the first time, we have the tools to do it. We are already changing many things, our consuming habits, transportation, information, and our way of thinking. Just by clicking…
The answer is YES, we use more coal today than ever.